The conference will be held at the Management and Economics Research Insititute, Chungnam National University(http://www.cnu.ac.kr) in Daejeon, Korea on October 24-26, 2019. 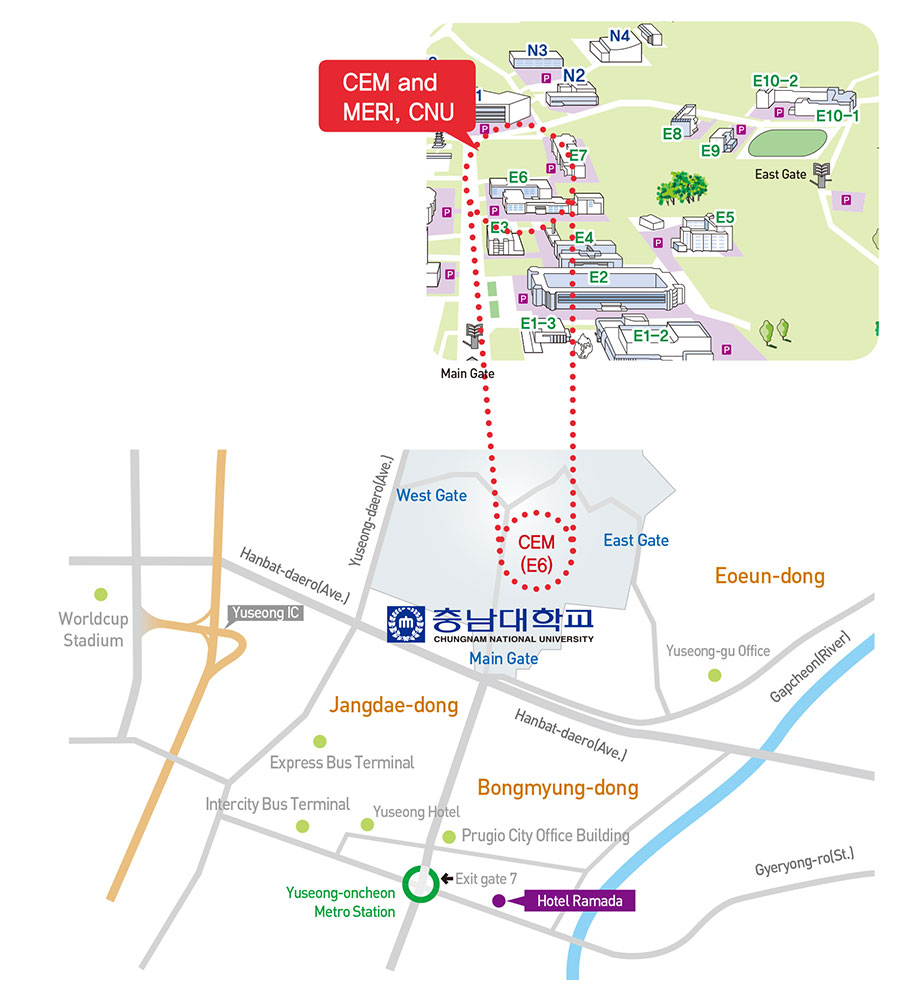 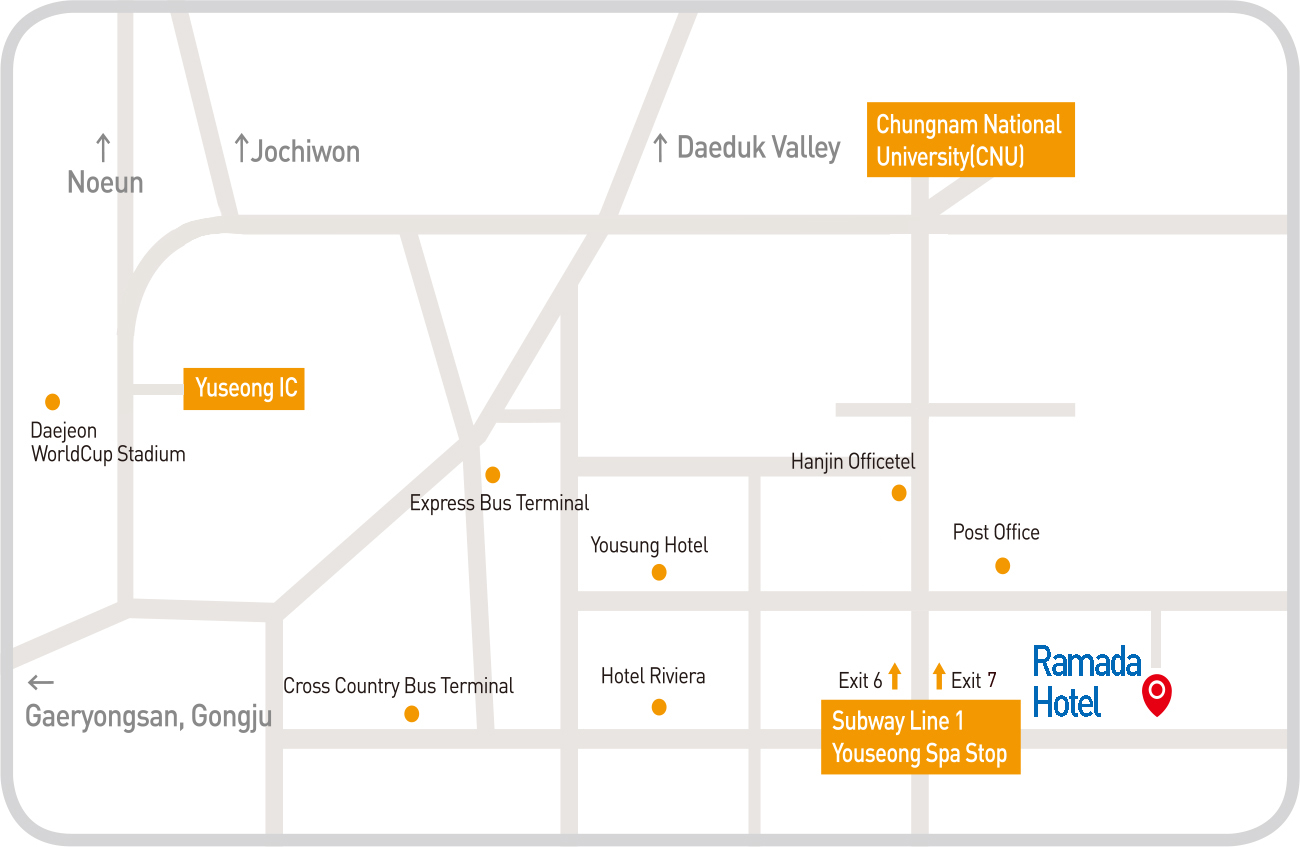 Hotel reservation is arranged by a staff of Center for International Programs, College of Economics and Management(CIPCEM), Chungnam National University(CNU).
Do not contact hotel directly for any changes and cancellation.
Hotel assignment will be made on a first-come, first-served basis.

Located 220km northwest of Daejeon, Incheon International Airport (ICN) is a new state-of-the-art airport built on 5,610 hectares of reclamation between two islands: Yeongjong-do and Yongyu-do. The ICN opened on March 29, 2001. Situated between Japan and China from east to west, and between Siberia and Southeast Asia from north to south, the ICN represents a premier regional gateway. Major air routes reach some 40 cities, each withover a million population, within 3.5 hours of travel.

Airport Limousine between ICN and Daejeon(CNU and Hotel RAMADA) : Recommended

You can use convenient limousine buses from ICN International Airport to Daejeon. Bus fares are 23,700 Korean won(about U$ 21) for a deluxe limousine bus between ICN and Daejeon. Take on an Airport Limousine at Bus Stop 10B at Terminal 1 (No direct limousine at Terminal 2) in ICN and get off at the 3rd Bus Stop(West Gate of Government Complex Daejeon) in Daejeon. It takes about two and a half(2.5) hours from ICN to Daejeon. Then take a Taxi to Hotel RAMADA. It will take about 15 minutes and cost about 5,000 Korean won($5).

Railroads between ICN and Daejeon(CNU and Hotel RAMADA) : Not recommended

You can find more detailed information for tourist at the homepage of Daejeon Metropolitan City (http://daejeon.go.kr/dre/index.do). Click Come & Visit button. 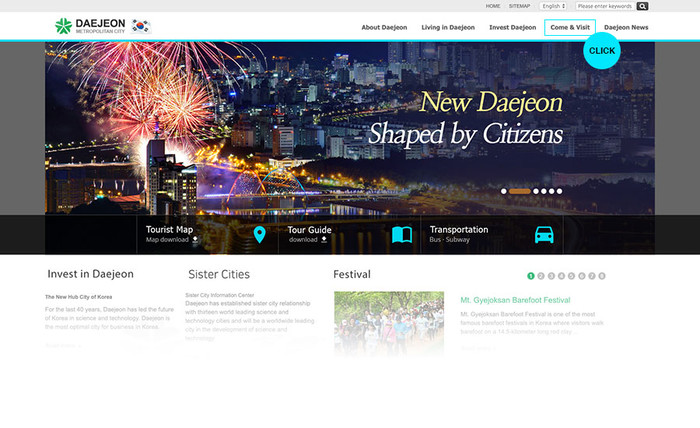